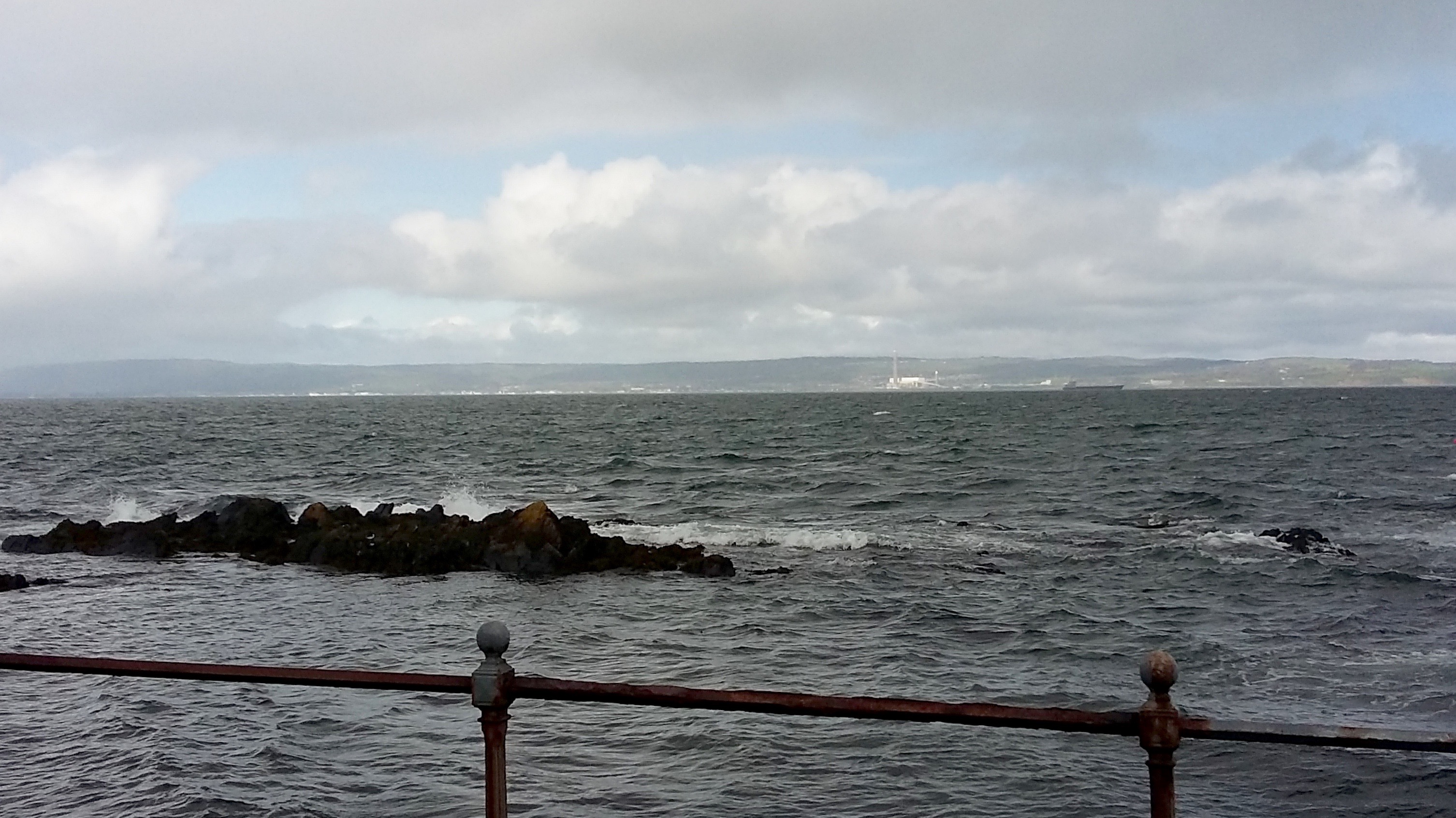 By Bangor on the shores of Belfast Lough

Born in Newtownards, Co. Down, Northern Ireland, my maiden name Cairns, I grew up by the town of Bangor on the shores of Belfast Lough, within sight and sound of the sea. I obtained my initial Joint Honours BA in Art and Italian from Aberystwyth University, attending the Academia di Belle Arti di Ravenna during my year abroad from September 1973 until early July 1974 and at this time, specialised in Etching, Lithography and History of Art.

I returned to Ireland after graduation and worked in Belfast at the height of the Troubles from the mid 1970s to the early 1980s. Posts here included as Student Nurse in the Royal Belfast Hospital for Sick Children, Italian Translator and Interpreter for Mackies Textile Machinery Firm, Art Therapist in the Geriatric Unit, Royal Victoria Hospital, Belfast and a short period of work in the Fine Art Department of Belfast Central Library.

Marriage in 1981 led to my moving to England and I began working as a Freelance Artist  working to commission and for exhibition while bringing up a daughter and son. At this time, I specialised in pen and ink drawing and pastel painting. The onset of a neurological illness affecting my muscles led to my exploring embroidery as an art form and in 1993 I started on the path to stitch as principal form of creative activity.

I explored both machine and hand stitch and with stitch as principal medium, continued to pursue work as a freelance artist. From the late 1990s, I began exhibiting stitched pieces, concentrating initially on framed wall pieces, since when, with a concentration on hand stitch in particular, I have expanded my portfolio to include mixed media textile hangings, artist’s books and installations with sound.

Besides my involvement in visual art, I have also written poetry throughout my life and have had poems published in collections including two anthologies of poetry by women, The West in Her Eye and Her Mind’s Eye. I continue to write and to be published in both writing and artwork.

While living in Suffolk in the early 1990s, I had the opportunity to do some radio work when I was invited to join the team on BBC Radio Suffolk’s ‘Sunday Morning’ programme. Roles here included bible readings and presenting on-air analysis of the Sunday religious papers and I also became one of the presenters of the region’s Thought for the Day programme.

With our children grown up, in 2006 my husband, Arthur, and I moved to North Wales where we have made our home near the beautiful Mawddach Estuary. I returned to Aberystwyth University in 2009 and obtained a Masters Degree in Art and Art History and now continue at the university to study part-time for a PhD in Fine Art. Within this, I am exploring the symbiotic relationship between stitch, sound and word through the prism of my experiences of the Troubles in Northern Ireland.

Poetry continues to form an important part of my work which is often cyclical in nature in that the meditative rhythms of hand stitch lead to words which lead back into further stitch. Before I began producing visual pieces on the Troubles, I first gave expression to my feelings and experiences of conflict as poetry and I enjoy giving public readings and performances of my poetry on themes of conflict, nature and love; these readings have become an increasingly popular part of my creative portfolio.

Music has long held an important position in my life. I learned piano as a child, as a teenager, played guitar and sang with my sister in various venues and for some years, wherever I travelled, my guitar came with me; some of the songs were my own composition. After marriage, I became a member of various choirs as we moved with Arthur’s work and then came the great pleasure of working with my son, Ed, who had become a professional musician, on the musical element of a projected installation for which I was awarded funding from The Arts Council of Wales. I wrote the initial melody and lyrics for the piece which is called Come, Stay, a little while after the death of my father in December 1991. It was prompted by contemplating Christ’s vigil in the Garden of Gethsemane prior to the suffering of His crucifixion and how Christ’s suffering relates and reaches out not only to my own experience but to all those keeping vigil in the world in so many ways.

Ed harmonised the piece for male voices in the Russian Orthodox style with female soloist and I added further to my original lyrics. This work was then recorded in St Chad’s Cathedral, Birmingham and in the recording, Ed sings tenor solo. He also arranged the piece for mixed choir when it was sung in St Chad’s Cathedral, Birmingham as part of the Cathedral’s 2016 Easter service. The music now forms part of my work on conflict and it plays a vital role in the film Continuum which I made with Ed.

Ed and I worked further with the music Come, Stay on the film Continuum which accords with the poem and artwork of the same name. The impetus for the film was the exhibition ‘Stitched Voices’, first shown in The Roe Valley Arts and Cultural Centre, Limavady, Northern Ireland and afterwards in Aberystwyth Arts Centre. Ed filmed me as I stitched and edited these shots of myself working with ones of my artwork, mostly those dedicated to conflict and its resolution. The music Come, Stay, plays throughout the film and I read my poem in rhythms with the music’s phrases and cadences. The film is now on YouTube